The Carsten Niebuhr Centre for Multicultural Heritage; Archaeology, Environment, Identity and Values in Contemporary Societies (hereafter referred to as CNC) takes its name and inspiration from the scholar and explorer Carsten Niebuhr, who set sail in 1761 from Copenhagen to research the nature and cultural traditions and customs of Arabia Felix. The journey had been launched by the Danish king as a multidisciplinary research expedition, and it brought Niebuhr to numerous countries in the Middle East and to India. Unlike many of his contemporary scholars Niebuhr’s interest in the societies he visited was unburdened by a colonialist perspective, making him a good namesake for the CNC, which aims to  gain a better understanding of the importance of the multicultural aspects of the world’s cultural and natural heritage.

The year 2011 marked the 250th anniversary of the departure of Carsten Niebuhr’s six-year expedition, and the opening of the CNC  coincided with the celebration of this event. The centre follows the broad and multi-disciplinary approach reflected in Carsten Niebuhr’s work and focuses on a comprehensive understanding of culture and nature.

The world’s cultural and natural heritage is irreplaceable and often threatened; as such, it should be studied, protected for future generations, and shared with the wider community.

The mission of the CNC is to encourage a global and cross-cultural perspective in the study of heritage and promote international exchanges of knowledge. To achieve this double aim the CNC establishes collaborations among scholars, students, policy makers, and members of the public from a range of academic and professional backgrounds in the fields of archaeology, architecture, cultural anthropology, natural history, conservation, history, heritage management, and museum education.

The research program of the CNC aims to combine academic output with an interest in technical and professional practice, in the form of archaeological investigation, heritage management and conservation science. Its research agenda is characterized by a strong focus on the study of cultural and natural heritage as builder of identities and values in contemporary societies. The scope of research at the centre ranges from the study of the impact of archaeological discoveries on historical consciousness, to investigations of the different uses of heritage in the ‘official’ interpretation of the past, ‘ownership’ of cultural heritage, the ethics of conservation, and to the comparative study of cultural traditions. The CNC is involved with several archaeological investigations carried out by staff and students in the Middle East and Central Asia, with potential to expand into other areas of the Mediterranean and Asia in the future.

A number of projects are affiliated with the Carsten Niebuhr Centre dealing with various aspects of heritage management and critical heritage studies.

JULY 2019 WebGIS OrientDams now online! Our partners from the University of Bologna are presenting the compiled data set colletcted for the HeAT project in a WebGIS. To access the GIS click on the screenshot below: 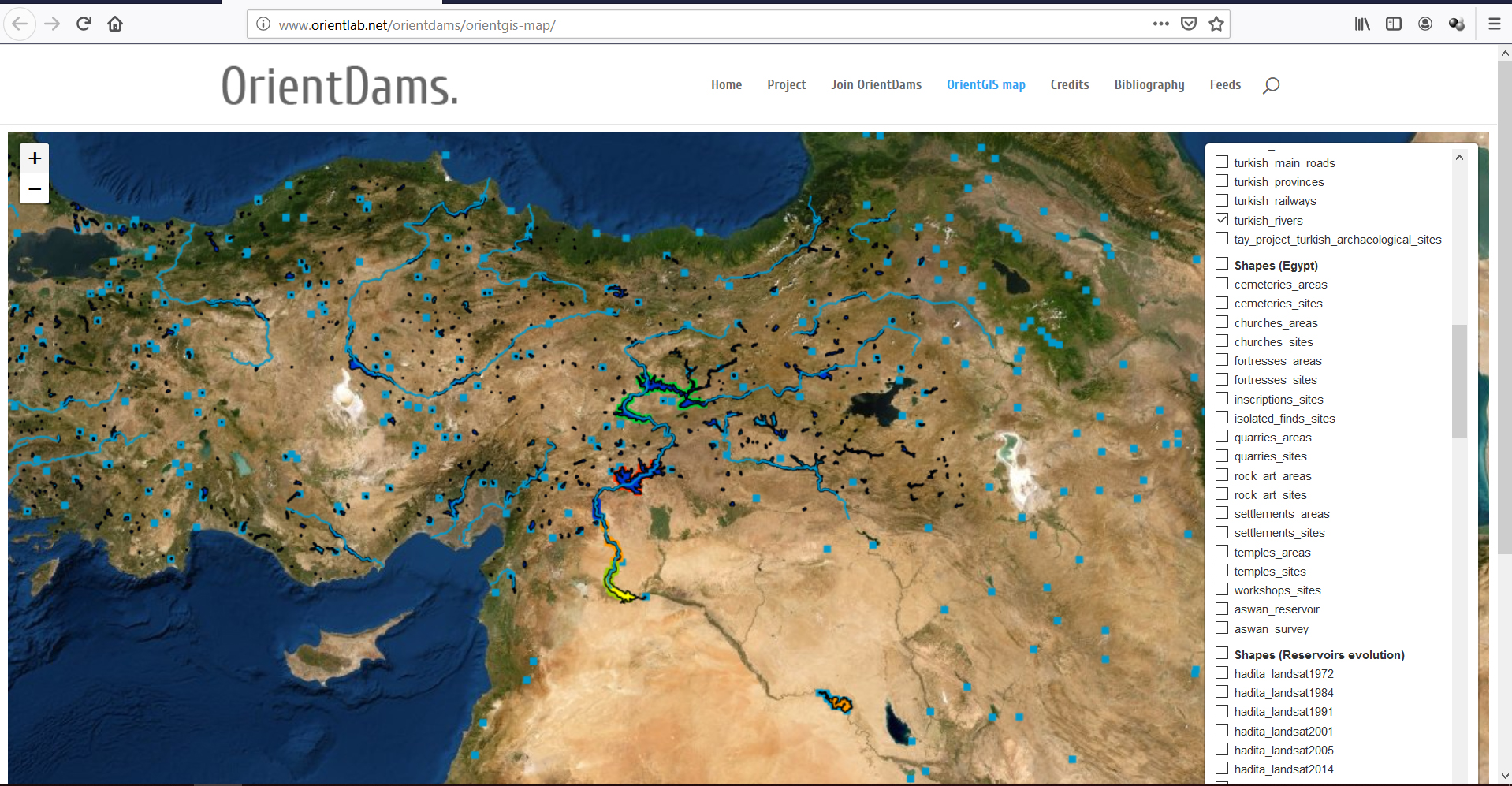 Follow the events of the Heritage and Threat (HeAT) Project...

Join the e-mail list to receive news about upcoming events and other useful information related to the Carsten Niebuhr Center for Cross-Cultural Heritage at ToRS.