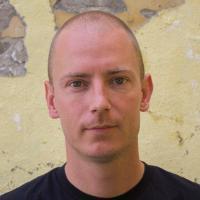 I have a PhD from the Department of Arts and Cultural Studies, University of Copenhagen (KU), and currently I am a postdoc and vicedirector at Center for Applied Ecological Thinking (CApE), HUM, KU. I am also a literary critic at the Danish newspaper Politiken.

I am the author of four books: Lars Skinnebach - en Monografi (Forlaget Arena, 2013), En fremtid uden Fremtid (Forlaget Information, 2018), Going Nowhere, Slow – The Aesthetics and Politics of Depression (Zero Books, 2019), and Klodens Fald (Laboratoriet for Æstetik og Økologi, 2021). In addition I have translated William Burroughs's The Cat Inside and Judith Butler's Frames of War into Danish, and published academic peer-reviewed articles in journals such as Kritik, Passage, Kvinder, Køn og Forskning, K.&K., Critique: Studies in Contemporary Fiction, Studies in American Fiction, Theory, Culture and Society, Third Text and Differences. Last but not least I have written several essays for The Los Angeles Review of Books.

My research interests lie within cultural representations of depression and mental illness( the mental health crisis); finance and fiction from the 1970s onwards (the financial/economic crisis) aesthetics and ecology (the ecological crisis).

All my scientific work is fundamentally based on an attempt to understand literature, culture and aesthetics in relation to the contemporary world. It is my strong belief that aesthetic and cultural works, and, by the same token, the study of aesthetics and culture, have an important role to be play in a historical situation defined by multiple crises, global warming, all-encompassing financialization and an explosion in the diagnoses of mental illnesses. More specifically, my research has a twofold focus: On the one hand, I am interested in the relation between mental illness, politics and aesthetic artifacts. In my PhD dissertation I examined depression as a paradigmatic contemporary pathology, both personal and political. Subsequently I worked as a postdoc, funded by The Carlsberg Foundation and as part of the interdisciplinary project “The Culture of Grief” (AAU), on a project on the poetics and politics of grief. On the other hand, for the last couple of years I have studied the relation between finance and fiction within the field of Critical Finance Studies and Economic Humanities, in the collective research project “Finance Fiction” (KU). My individual project is concerned with the genre of the financial thriller in the 1970s, which will result in the monograph The Birth of the Financial Thriller: Making a Killing in the 1970s, to be published by Edinburgh UP in 2024.

During my time as PhD and postdoc, I have thus done substantial work on the mental health crisis and the financial crisis, but lately my focus has been drawn more and more towards the ecological crisis – while insisting that these crises are interconnected and must be analyzed as such. This focus on aesthetics and ecology has, so far, resulted in work on climate grief, cultural representations of oil and plastics, the concept of the hyperabject, and the relation between global warming, utopia and science fiction. At the moment I am, among other things, working on a co-authored articled on Kim Stanley Robinson's The Ministry for the Future, and on an English version of my book Klodens Fald.

As of 01.01.2023 I will be employed as assistant professor in the collective research project OIKOS – A Cultural Analysis of Care and Crisis in the 21st Century, funded by the VELUX-foundation (as part of their core-group programme).