Modest Fashion: An Expression of Contemporary Muslim Women’s Lifestyles and Identities in Europe 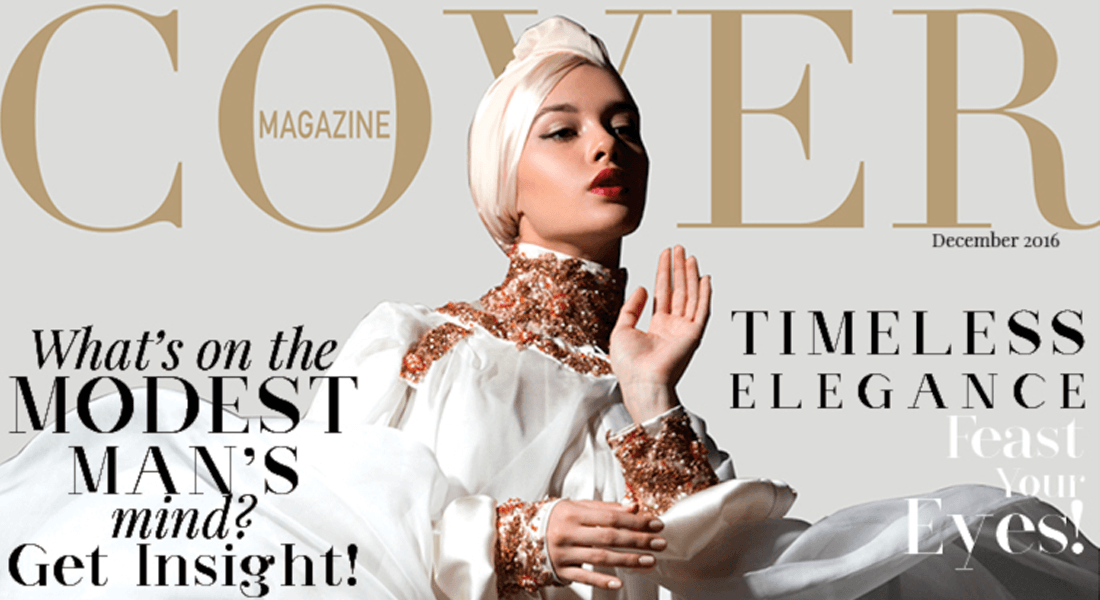 Taking modest fashion in a broader artistic, social, and cultural context, the workshop invites papers from doctoral and postdoctoral researchers who study contemporary Muslim culture in Europe including its creative and artistic spheres, youth culture, gender and fashion, and other related fields.

Özlem Sandıkcı is Professor of Marketing at the Adam Smith Business School, University of Glasgow, UK. She completed her Ph.D. in Marketing at the Pennsylvania State University, USA in 1999. Her research addresses sociocultural and historical dimensions of consumption and focuses on the relationship between globalization, markets, and culture. Her work is published in journals including the Journal of Marketing, Journal of Consumer Research, Journal of Business Research, Marketing Theory, Journal of Macromarketing, Business History Review, and Fashion Theory and in various edited collections. She is the co-editor of the Handbook of Islamic Marketing (Edward Elgar, 2011) and Islam, Marketing and Consumption: Critical Perspectives on the Intersections (Routledge, 2016).

Shaping the Modest Fashion Market: From Periphery to Centre

In the last two decades, a significant body of research on modest fashions emerged. Underlying this interest has been the proliferation of religiously inspired sartorial practices that defied the assumed disjuncture between faith and fashion. Much of this work focused on Muslim women and their veiling practices. Researchers discussed dress choices of Muslim women as an expression of modern, consumerist, and faithful lifestyles that, at a broader level, signalled the changing relationship between religious subjectivities and the neoliberal market logic. Studies also explored how different actors, such as companies, fashion designers, lifestyle magazines, and social media, contribute to the formation and dissemination of modest fashions. With increasing consumer demand and company interest, transnational exchange of modest fashion products, ideas, and images have accelerated. In this study, I investigate how localized markets of modest fashion is being consolidated into a global modest fashion market. Drawing from Bourdieu’s field theory, I discuss different mechanisms through which global modest fashion market is constructed as a relatively autonomous field and gains legitimacy and acceptability in the traditional centres of fashion.

Virginie Silhouette-Dercourt is associate professor (habilitation) at Université Sorbonne Paris Nord, member of the Centre d'économie de Paris-Nord, associate researcher at Centre Marc Bloch in Berlin and at Institut Convergences Migrations in Paris. Her research focuses on the relationship between beauty consumption and migration processes : beauty and fashion practices of young women with immigrant background, identity, generational and institutional dimensions of their consumption ; places and rituals of consumption; relationship to the body, to beauty; and transformation of consumer culture.

This research focuses on the beauty and sartorial choices of young French Muslim women in the Paris area. Through biographies on their morning rituals, it questions the notion of cosmopolitanism when it comes to their veiling practices. Research suggests that these young women, through their double presence in the world – as French citizens and as global citizens – are powerful agents of change of the dominant material culture and consumption

Nancy Pathak completed her PhD from School of International Studies, Jawaharlal Nehru University, New Delhi, India. She also availed a guest research opportunity at Lomonosov Moscow State University. She joined Political science Department of Lady Sri Ram College as Assistant Professor and has been teaching courses such as feminist theories, women power and politics, peace and conflict resolution. She has also been a body-positive fashion model and commentator for Lakme fashion week and Fashion Development Council of India. She is an active part of several queer groups in India such as Nazariya Foundation, All India Queer Association etc. She delivered several lectures in association with Honor of women and Pink Legal working very closely with sexual equity cells of several Delhi University colleges. Her recent work "High heels and rainbow hijaab" was also published as a chapter on New directions in Islam in the volume "(Re-) claiming bodies through fashion and Style". Her interests include cultural feminism, Queer constructs in south Asian cultures, and Queer politics.

There are several artists who intend to explore the mysticism of Islam beyond the parochialism of binary gendered dichotomies. Islamic Sufi mysticism offers a great insight into the deconstruction of bodies and gendered constructs associated with them. The concepts of Jamali and Jalali as proposed in Sufi saint Ibn Arabi’s cosmology are liberating of any bodily limitations in the love between the Allah, the one supreme god and the banda(the devotee who offers themselves to bandagi or complete surrender). Jamal constitutes the qualities of a femineity, benevolence, beauty, devoted existence etc. Jalal on the other hand constitutes the qualities of masculine assertion, majesty and conquest. All beings constitute both the attributes and the jamal aims at uniting with the Supreme Jalal or the almighty. It majorly also picks from the Hindu philosophy of Purush and Purushartha, which has greatly contributed to Asian and Eurasian Sufi renaissance. This becomes the philosophy of spiritual revolution of becoming and it's procedural struggles, the true Jihad. Maimouna Gueressi’s artwork incorporates the spirit of the Queer gendered mysticism through Afro-Asian themes and symbolism with traditional European iconography. This paper will study the deconstruction of genders and recreation of Sufi mystic body which carries the reminiscence of several depictions of Maddonas in classical Italian art. It is an innovative attempt at the introduction of universal mystic gender-fluid constructs that are replete in Sufi practices, to the western gender binary philosophical systems through experimental body fashioning in Guerresi’s art. This may be considered a domain of high fashion and exotic art but holds great lessons for multicultural and multigendered spiritual co-existence. Understanding Sufi body and Sufi dressing may open gateways for the modern western imaginations to realize modest dressing as a means to achieve liberated self.

Petek Onur is a Marie Curie fellow at the Department of Cross-Cultural and Regional Studies, University of Copenhagen. Her project ‘Gendered Nostalgia: Neo- Ottomanism in Islamist Women’s Media in Turkey’ is funded by Marie-Curie Individual Fellowships. She had her PhD from Department of Sociology at Middle East Technical University, Turkey. Her fields of research include gender, Islam, nostalgia, urban
culture, and neo-Ottomanism.

The emergence of Islamic fashion sector in Turkey started in the late 1980s and early 1990s, particularly to answer pious Muslim women’s need for a modern outlook to participate in public life in cities. Invention of modern tesettür (Islamic covering) styles, which created a distinction between rural and urban pious women also marked the political Islamist movement’s increasing influence on wider masses to suggest a “true” Islamic way of life in a secular republican society. Both Islamic fashion sector and Islamic political movement have been in radical transformation and development, the former has drastically grown and diversified and the latter has dominated and shaped governance and politics in Turkey for two decades with references to pre-Republican Ottoman culture and history. Within the scope of my research on neo-Ottomanism in Islamist women’s journals and magazines in Turkey, this presentation focuses Ottoman inspirations in modest fashion designs in the contents of two fashion and lifestyle magazines and shows the means through which the trend reaches Europe with the works of Turkish designers and brands.

Open to all interested listeners, no registration is required.

The workshop is funded by the Centre for Modern European Studies (CEMES) and organized by Petek Onur.

View on map of the Faculty of Humanities - South Campus.

View map of all campuses at University of Copenhagen.