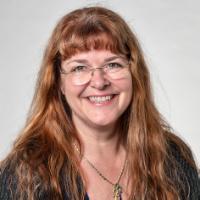 “Rhetoric in Japanese Education Reform - An Analysis of the 1980s.”

1. Head of the steering committee for the Asian Dynamics Initiative, a cooperative research and teaching initiative between the faculty of Social sciences and the Faculty of the Humanities, from March 2008  till june 2017 (see www.asiandynamics.ku.dk).

3. Head of the coordination committee of the Boards of Studies at the Department of Cross-Cultural and Regional Studies, 2004-2006.

6. Danish Representative at Asia-Europe Young Leaders Symposium under ASEM in Miyazaki 1997 and Baden 1998. Chaired work shop on work and education in Baden.

7. Member of the board of Nordic Association of Japanese and Korean Studies (NAJAKS), 1995-2010. Organizer of NAJAKS conference in Copenhagen 2007.