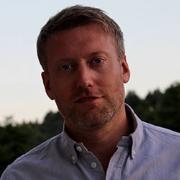 These are issues that I sometimes study separately and sometimes in overlaps, but always in conjunction with global histories of capitalism, imperialism, nationalism, urbanization and modernity. This is a methodology that can be called global micro-history (or historical sociology). In my work, I draw heavily on cultural analysis, geography and social theory, and apart from established archives, I also work with digital sources, media content, oral history, ethnography, biography, surveys, fiction and other materials.

I have worked with Iranian society, culture and politics for more than 20 years, lived and studied in Iran and I teach Iranian Studies, Middle East Studies and Cross-Cultural Studies.

I have written extensively about the following topics in the context of Iran:

In the department of Cross-Cultural Studies, I teach: Humanities in Practice (source criticism and historical method as well as general methodology); and Current Thematic Challenges (cultural analysis in practice).

I have also founded and taught a number of international summer schools under the name Global Urban Studies: Urban Culture in Theory and Action; Cultural Production in Urban Space; New Urban Life Across the Globe: Activism and Change in a World of Cities.

I have so far supervised one PhD student, Dr. Özlem Has (The Structured Agencies of Paramilitaries in the Kurdish-Turkish Conflict: The JiTEM Case)