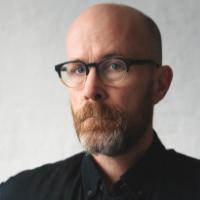 I’m a bioarchaeologist who obtained his PhD at the Institute of Archaeology, University College London in 2012. My doctoral research focused on the use of hereditary dental morphological traits to assess the biological affinities of a Late Roman Period skeletal population from the Dakhleh Oasis, Egypt. I’ve also conducted fieldwork and research in Turkey, Sudan, Italy, England, Mexico, Canada and the US. My research interests in Neolithic Near Eastern funerary practices developed while I was a member of the Çatalhöyük Research Project between 2004 and 2017.

My current research focuses on delayed burial and other Neolithic secondary treatments of the body, including the retrieval, circulation and redeposition of crania and other skeletal elements. I'm currently using histotaphonomic techniques to determine whether certain individuals underwent defleshing and/or desiccation prior to interment. The aim is to provide novel scientific evidence for these funerary treatments based on microscopic analysis of bone tissue in order to assess the degree of cortical bone bioerosion. A lack of bioerosion may indicate an attempt to halt the decomposition process, either by removal of soft tissue or rudimentary mummification. Since 2012 I've also tried to incorporate 3D modelling techniques and GIS spatial analyses into my archaeological field research. The application of these techniques has proven highly successful for recording the complicated sequence of intercutting burials found under house floors at Çatalhöyük and permits me to more accurately plot the varied spatial distribution of complete skeletons as well as loose skeletal elements such as crania and mandibles recovered from the site in a variety of depositional contexts. At Copenhagen University I’m now expanding my histotaphonomic studies to other sites in the Near East while developing new methodologies to further explore the nature of secondary burial practices beyond the Neolithic period.

In 2022 I returned to fieldwork in Egypt with the Naqada Regional Archaeological Survey and Site Management Project, which is driven by two research priorities: (a) to reinvestigate surviving Pre- and Early Dynastic sites within the concession area using modern archaeological and scientific techniques in order to improve our understanding of the cultural processes that led to a unified Egyptian state during the 4th millennium BC; and (b) to document and investigate subsequent occupation periods of the concession area, as these have been inadequately investigated to date.