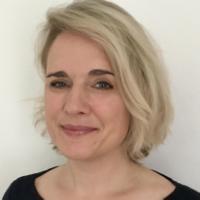 As head of department, I am responsible for the department's overall decisions and day-to-day management of research, education and dissemination, including planning and distribution of work tasks in the management group and in general at the department. I am a member of the Faculty of Humanities' management team (FLT).

Religious change in post-soviet Russia, especially the societal and political role of the Orthodox Church, the relationship between majority and minority religion and the development of post-soviet religion.

In relation to my research and teaching in history of Christianity I have worked with religious education in primary and secondary schools.