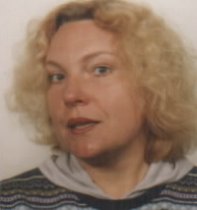 Born in Moscow 1961, I graduated in 1984 from the History Department of Moscow State University.
From 1985 to 1994 I worked in the Arkheographical Commission of the Russian Academy of Sciences as researcher, studying, describing and publishing Church-Slavonic and Old-Russian manuscripts from archival deposits in a number of central and provincial Russian libraries and archives. I defended my dissertation for the degree Kandidat of History (kandidat ist. nauk) in the Institute of Russian History, Russian Academy of Sciences, in October 1993, equated with a Danish Ph.d. degree by the University of Copenhagen.
Later in 1993 I moved to Denmark, where, based on grants from the Carlsbergfoundation (1995-), I have worked on a project “Vitus Bering and the Second Kamchatka-Ekspedition”, publishing multiple volumes (fifth vol. in print) of hitherto unpublished documents pertaining to the Expedition, while at the same time studying the history of exploration of Siberia and the Arctic Ocean together with the relationship between Russian colonizers and native peoples.