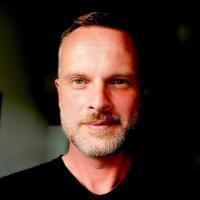 Jens Sejrup is a tenure-track assistant professor, jointly appointed by the departments of Anthropology, and Cross-Cultural and Regional Studies. He holds a Ph.D. in Asian Studies as well as an M.A. in Japanese Studies (Univ. of Copenhagen). Jens has authored a number of research publications on Japanese museum architecture, political rhetoric, the role of the news media for postcolonial controversies, and political uses of colonial history in contemporary Japan-Taiwan relations. His publications include articles in International Journal of Cultural Studies, Pacific Affairs, Museum History Journal, Social Science Japan Journal, and Public Relations Inquiry, and a book chapter in Japanese Taiwan: Colonial Rule and its Contested Legacy (ed. Andrew Morris, Bloomsbury, 2015). In addition, Jens engages very actively in outreach activities. Besides giving public presentations and introductions, he is a frequently used commentator and analyst of Japanese and East Asian current affairs in national Danish television and radio as well as in various print media. Jens is an appointed member of the national corps of external examiners for Japanese Studies under the Danish Ministry of Higher Education and Science, and also serves as a member of the Steering Committee of the Nordic Association for the Study of Contemporary Japanese Society (NAJS). Jens was the recipient of the 2014 EastAsiaNet Award for Best Academic Article, as well as the 2012 Young Scholar Award (1st place) from the European Association of Taiwan Studies.

Modern societies of Japan, Taiwan, and East Asia. Interactions between Asian societies as well as historical and present-day Euro-Japanese connections. Postcolonialism in Asia. Uses of history and present-day instrumentalizations of the past. Japanese mass media, news narratives, and public and political rhetoric. Museum exhibitions, objects, and architecture. Critical approaches to Asia and Asian studies. Representation and narratives.