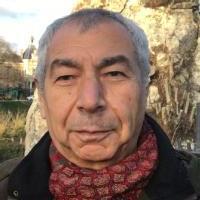 In my current research, I investigate the impact of mediatization on transnational political action formation among Arab diasporic communities in Europe after the Arab Spring in 2011.

I teach in Danish and English.

My research springs from an area studies tradition. However, I have made a virtue of approaching research questions from a cross-disciplinary perspective inspired by media as well as ethnographic, cultural and religious studies. The focus within my research as yet has been the mediation of cultural, religious, political and transnational identities, discourses and publics by transnational Arab TV. More particularly, I have explored new, primarily transnational Islamic orientated programming with an analytical focus on religious subjectification in an intersectional perspective. Key concepts are media as symbolic resources and as space for identity struggle and negotiation. Financed by the Danish Council for Independent Research, my latest project focused on audience responses to religion in transnational Arab TV (cf. Arab TV Audiences, Peter Lang 2014). Key concepts are transnational Muslim communities, belonging and identity.