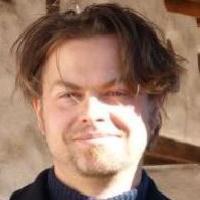 I do research on the languages of indigenous people in Mexico, primarily the Uto-Aztecan language Nahuatl, but also the languages Otomi (Yühü), Huichol (Wixárika) and Cora (Náayeri).

In my work I have three different topics as my foci:
1. Politics of language. Particularly the relation between the political situation of Mexican indigenous peoples, and linguistic revitalization of endangered minority languages. Here I use ethnographic methods, but also ethnohistorical studies of the changes of glottopolitical contexts over time. This study has resulted in the book manuscript "Nahuatl Nation: Language Revitalization and Semiotic Sovereignty in Indigenous Mexico" which is currently under review (May 2022).

2. The history of languages and language families in Mesoamerica.  Studying both how the various Mesoamerican languages spread and how they influenced eachother in the period prior to European colonization, and also how they have been influenced by colonization. This is the topic of my Marie Curie Marie Skłodowska-Curie Individual Postdoctoral Fellowship (awarded 2019), which is a study of the historical origins of Nahuatl, with the aim of determining whether speakers of Nahuatl were present in the city of teotihuacan in the first millennium. Here I use the methods of historical linguistics - both traditional comparative methods and modern lexicostatistical phylogenetics.

3. Language and Landscape: How languages reflect the ways thatt their speakers perceive and interact with the physical landscape around them, including how the grammatical construciton of space varies among languages - an whether these differences are influenced by landscape differences.  This is the topic for my Sapere Aude Research Leader project funded by the Danish Independent Research Fund, which studies the effects of landscape on spatial grammar in four different varieties of Nahuatl.