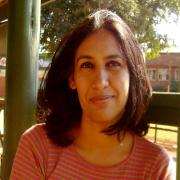 Kaur works across the disciplines of history, anthropology, and international politics. Her long-term research has focused on two critical transformations in the history of modern India.

Her most recent work delves into the transformation of postcolonial India into an 'attractive investment destination’ in the global economy. The study examines an old question - what is a nation together with the 21st-century speculative phenomenon of the rise of India and the BRICS nations as economic powerhouses in the global south. This work has been turned into a second monograph called "Brand New Nation" (Stanford University Press, 2020 - see virtual book discussion here).

Her previous research focused on India's mid-20th century transformation into a postcolonial nation-state. At the heart of this enquiry are the questions of memory and migration, caste/class differences, refugee resettlement policies in the making of modern citizenship after the 1947 Partition. This work has been published as a monograph entitled "Since 1947: Partition Narratives among the Punjabi Migrants of Delhi" (Oxford University Press 2007, 2018) as well as several journal articles.

She currently holds The Carlsberg Foundation Semper Ardens Monograph Fellowship to examine the histories of "economic miracles" and geo-economic frontiers across Asia and Africa. This ongoing research builds upon two major research programs she has led: ‘Emerging Worlds: Explorations of New South-South Connections’ (2014-2019) and ‘Nation in Motion: Globalization, Governance and Development in New India’ (2010-2015).

Some of her readings can be accessed here and here