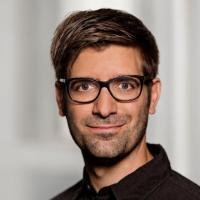 In connection to these projects I am co-PI on the project The Catholic Ethic and the Spirit of Global Modernities, where Bjørn Thomassen is PI. The project researches Catholic practice in Denmark herein I explore Syrian and Lebanese Christians and their senses of belonging in a Danish and Global context. The project is funded by the Velux Foundation and hosted by Roskilde University.

Member of the Young Academy under the Danish Royal Academy of Science and Letters from 2016-2021.

"Exemplary Life is indispensable reading for anthropologists of religion, political theorists engaged in debates about charismatic authority and enjoyment, and scholars focused on Christianity more specifically. Combining a deep knowledge of Syria with a keen appreciation of the uncanny and the miraculous, Bandak attends carefully both to the spiritual practices of the followers of Our Lady of Soufanieh and to their felt experiences of worldly precarity. In doing so, he offers important insights into the nature of evidence and its relation to belief, faith, and affective intensities."

"This is a rich and rewarding book. Exemplary Life brims with sensitivity and insight, as Andreas Bandak relates the lifeworlds and concerns of Syrian Christians to some of the most significant theoretical and conceptual issues undergirding the human sciences. With and through Our Lady of Soufanieh – the saintly exemplar in question – we come away with new understandings of sainthood, politics, and the conceptual frames of our social worlds."

"Bandak takes us on a vivid ethnographic journey into the everyday world of a holy woman and her followers as they pray, seek blessings, and tend to a holy icon during a precarious period in the history of Damascus. At the same time, he provides a sustained anthropological and philosophical reflection on what exemplification means – for scholars as much as for believers. This is a moving and inspiring book."