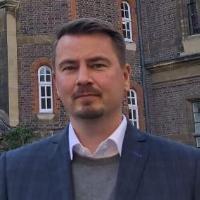 My PhD project focused the socioeconomic aspect of private tomb construction in New Kingdom Egypt (ca. 1550-1069 BCE), the goal of which was to illuminate the value and significance that the ancient Egyptians themselves put on the tombs, but also to introduce a new angle on the field of economy, particularly the ancient economy. This resulted in a construction scale baseline that can be used in assessing the value and time spent building a rock-cut tomb where no textual evidence for its construction exists. The thesis also established a significant link between the size of the tomb and the social position of the tomb owner. My current research partly seeks to clarify this link in more detail by investigating other periods of Egyptian history.