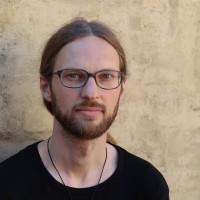 A National Game in the Making: Translation and Commentary of Mānasollāsa 5.16 on Phañjikākrīḍā

The game of caupaṛ, often referred to as the national game of India, can at present be traced back to late 15th- and early 16th-century Sufi romances and devotional (bhakti) hymns where it appears as a metaphor for the cosmos and the karmic operations within it. The later use of caupaṛ as a ritual object in the Śrīnāthjī temple in Nathdwara and in marriage ceremonies before consummation resonates with a passage in the 12th-century Mānasollāsa describing a similar game called phañjikā. The passage, translated and commented on in the present project, explains that the gameboard should be drawn up as a maṇḍala, and that the king should play it with young girls and boys from his harem in order to reveal their romantic interests. The passage opens up the largely unexplored area of the relation between various forms of mystical diagrams and grid-based games, allowing us to transcend the discussion of ludic versus non-ludic, and begin formulating questions about the shared practices of ritual and games with regard to the drawing up of grids, the manipulation of movable components, the formulation of operational rules, and the identification of possible outcomes.

Ritual and Gambling: Translation and Commentary of Mānasollāsa 5.14 on Varāṭikākrīḍā

The earliest literary reference to games in South Asia is found in the Ṛgvedic dice-hymn (akṣasūkta, 10.34) which describes a gambling game played with vibhītaka nuts. A variant of the same game was played during the Vedic coronation ceremony (rājasūya) described in later ritual manuals. The relation between the two games has been discussed at length in previous studies, but the survival of yet other variants into the medieval and modern periods appears to have gone unnoticed. The present project translates and comments on a passage from the 12th-century Mānasollāsa describing three cowrie-based gambling games (varāṭikākrīḍā) reminiscent of the Vedic dice game. It compares the description to a modern day cowrie-based game known as sulahal in Pakistan, sorhī in Bengal, and kauḍā in Nepal. While the medieval and modern day versions of the game appear to have lost any explicit ritual trappings, remnants can still be found in certain aspects, adding to our understanding of the overlapping properties between ritual, divination, and gambling.

Despite his long reign of almost 70 years, few people are aware that Kṛṣṇarāja Oḍeyar III of Mysuru (r. 1799-1868) was an avid designer of games and puzzles. Installed on the throne by the British at age five, and later put under administration for alleged misrule, he enjoyed little real power. Instead he devoted his time to the pursuit of his interest in religion, philosophy, music, astronomy, mathematics, and many other subjects. His greatest passion, however, was games and puzzles and the ways in which they could be used to express knowledge and knowledge systems. He wrote several as yet unpublished treatises on games, and invented numerous games and puzzles which were produced at his court in various materials, such as paper, cloth, wood, glass, and copper. He gifted many of his inventions to friends and visitors both inside and outside India, and previous research has helped establish the location of several exemplars in museums, research institutions, and private collections. The present project focuses specifically on the board games of Kṛṣṇarāja, and uses the accompanying manuscripts to investigate their use as vehicles of religious and scientific knowledge.

Representation of religious and narrative traditions through popular media such as storytelling, theatre, painting, and games. Other fields of interests include Jainism, Vaiṣṇavism, cosmology, soteriology, manuscript studies, and story literature.