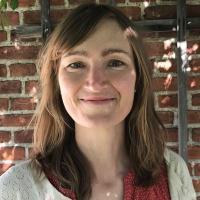 My research concerns the field of political anthropology with a particular emphasis on processes of both radical and moderate political change as these are lived by the people entangled with them. With a specific focus on Syria and Syrian refugees in neighbouring countries, I have investigated such processes both before and in the aftermath of the 2011 uprising.

I am currently a postdoctoral researcher with the collaborative research project Viable Futures: Near and Long Term Prospects among Syrian Youth in Jordan. The project examines the perceptions Syrian youth in Jordan hold of their social, economic and political situation and investigates when and how these perceptions inflect the abilities of Syrian youths to envision, plan for and act towards viable futures. The project is funded by the Novo Nordisk Foundation.

My PhD explored the ways in which Syrian authoritarianism travels with and is reproduced among Syrians of a variety of political persuasions now living in Turkey and Lebanon. My thesis focuses particularly on the intimate everyday practices that make it difficult for many Syrians to renounce the regime (completely).

- Processes of social and political change