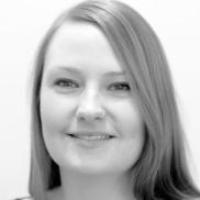 My research is about Syrian diaspora groups in Europe, and how they use media in transnational spaces. In the media coverage of the conflict in Syria, one sees a struggle between polarized narratives: one represented by the Syrian state and diverse narratives among the fragmented opposition groups. My PhD project focuses on how Syrian diaspora groups in Denmark, Sweden and Germany navigate a media landscape filled with new grass root media and a new forms of transnational digital activism. The project seeks to understand the role of the media in political action formation, and to unfold the influence of the media on the understanding of war by Syrian diaspora groups. The PhD project is part of the research project Mediatized Diaspora: Contentious Politics among Arabs in Europe, which is funded by the Independent Research Fund Denmark.

My research is primarily about diaspora groups in Europe, and in the collective project Mediatized Diaspora: Contentious Politics among Arabs in Europe, I focus on the transnational networks among Syrian diaspora groups in Europe as a case study. Syria is referred to as the most mediated conflict in history, and I look at how Syrian diaspora groups use media to form transnational political action, and how media shape their understanding of the conflict. I have specialized in the modern Middle East with a special focus on modern Syria and the coverage of the conflict in the country in Arab media. I have worked with media dynamics, nationalism, sectarianism and memory constructions from an interdisciplinary perspective. The study of the diaspora groups, their interrelationship, their relation to the country of origin, and how they use multimodal media platforms, makes it possible to clarify the components of political activism such as how collective or connective the political movements are. The project will explore the diasporas by identifying the relationship between political activism in various forms and media use in transnational social spaces. There will be comparative studies with the diasporas from Egypt, Tunisia and Bahrain. The aim is to gain a holistic insight into how Arab diaspora groups in Europe use media and how the media stimulates or restricts political activity in relation to both residence and country of origin.

Media in the Middle East

Minorities in the Arab world