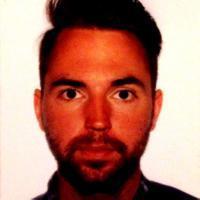 The title of my PhD-project is Where Do We Go From Here? An Inquiry into the Role of Religion in Peter Sloterdijk's and Giorgio Agamben's Affirmative Critiques of the Present. The project is supervised by Associate Professor Peter Kurt Westergaard.

The research project comprises of a mapping, comparison, clarification and analysis of two contemporary positions on the boundary between political philosophy and the philosophy of religion, thus in a broader perspective touching on the role of religion in political philosophy in times of crisis. Simultaneously, the intellectual historical conditions for the positions are being traced and a concept of affirmative critique are being developed. In this way, the project paves the way for a qualified rethinking and revaluation of the foundation of and offered solutions to the present state of the West.