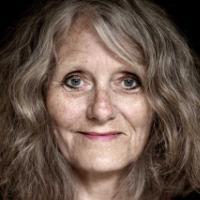 My focus is minority majority relations, postcolonial relations. I am particularly interested in how such asymmetric power relations are negotiated through literary and other aesthetic expressions. My regional competence is Greenland / Scandinavia.

Between Pride and Shame: Postcolonial Renegotiations of Greenland as Part of Danish Cultural Heritage

The project is funded by the Augustinus Foundation as part of the program "Research in Cultural Heritage". The project examines Danish collective and personal memory culture about Greenland, in a time when pride in Greenland as part of Danish cultural heritage is under pressure due to the postcolonial approach to Danish-Greenlandic relations. Please visit:

Affective economies: How are places, communities and identities constructed?

I was the head of this research task, which was a part of the Centre of Excellence for Resources, Extractive Industries and Sustainable Arctic Communities (REXSAC), funded by NORDFORSK. The research task examined how emotional economies affect decision-making processes around industrialization and mining as much as financial considerations - and how emotions dominate all parties in the process, not just potential opponents of projects.

Thisted, K. (2020). “Emotions, finances and independence. Uranium as a ‘happy object’ in the Greenlandic debate on secession from Denmark”, Polar Record, Vol. 56, e 1.

Denmark and the New North Atlantic

In this project 15 researchers investigated the renegotiations of identities that are currently taking place in all parts of the Scendinavian North Atlantic, as a result of independence processes, climate change and globalization. The project revisited the history of  Iceland, Greenland and the Faroe Islands, which were once part of the Danish (Danish-Norwegian) empire, and examined the current efforts to create a new, strong brand for the Scandinavian Arctic. The project was funded by the Carlsberg Foundation.