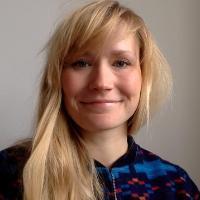 Based on ethnographic fieldwork the project aims at understanding how the mosque spaces are gendered, with a specific focus on women’s experiences. There is a need to include the experiences of women in what we know about mosques in Denmark and the internal process within these, as most work on the organization of Islam in Denmark so far has almost entirely excluded women.

The project looks into how the gendered (sub)structure of the mosque organizations consists of processes and  practices of organizing that continually recreate gender relations. In doing so I examine how women produce, practice, and counter their gender identity and position within Danish mosques. Asking questions of religious practice, authority positions, and identity shed light on the gendering of the mosque spaces as well as women's presence in, use of, and influence on mosques. I hereby wish to elucidate the impact of female members on the Islamic religious landscape in Denmark and contribute to realizing a fuller understanding of Islam in Denmark.

The project builds on interviews with 30 women in a varied sample of mosques in Denmark, supplemented by observations in mosques and interviews with mosques representatives. Further, I use a survey among Danish mosques, as well as official documents.

My Ph.D. project is a part of the research project Danish Mosques: Significance, Use and Influence, funded by Independent Research Fund Denmark, which runs until fall 2021. The project is led by associate professor Brian Arly Jacobsen, joined by associate professor Kirstine Sinclair, post.doc. Niels Valdemar Vinding, and me as Ph.D. fellow supervised by Brian Arly Jacobsen.
The overall purpose of Danish Mosques: Significance, Use, and Influence is to investigate the forms, rationales, and relations of power associated with the perceptions, authority, relational positions, internal dynamics, and (counter-)power of mosques in Denmark. My project contributes to this by exploring the mosques as gendered, spaces; to see how women navigate the power of mosques between subjectivity, authority, and wider societal expectations and imperatives.

Fields of Teaching and Supervision

I hold a graduate degree in Sociology of Religion from University of Copenhagen, as well as a bachelor's degree in Studies of Religion. Before my current position as a Ph.D.-student, I worked as an officer in the Danish Immigration Service, Ministry of Immigration and Integration.