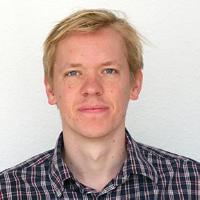 The title of my Ph.d.-project is Calendar signs, calendar use and time conceptions in colonial Central Mexico. The project concerns the development of the Central Mexican calendar systems around and after the conquest, and concentrates on the new colonial forms of culture and religion that emerged in these years, as well as on the iconographical and palaeographical development of the calendars.

The project is part of a larger project, funded by the Velux Foundation, called The Origins and Developments of Central Mexican Calendars and Writing Systems (ca. AD 200 – 1600) starting the 1st of February 2019 at the Department of Cross-Cultural and Regional Studies. The project has four participants.

The year 1519 was a groundbreaking year for the Central Mexican cultures seen in a historical perspective, as it marked the arrival of the Spanish armed forces on Aztec territory. Not long after did the Spanish succeed in conquering the Aztec capital of Tenochtitlan, and as a result of the interaction with the Euro-Christian world the Aztec culture would soon after begin to undergo a radical change that was to last several hundred years. In the years after the invasion, one of the consequences of this event was that the traditional Mesoamerican calendar systems that had been used in various forms in Central Mexico for more than a thousand years were greatly disrupted as they came under Christian censorship. Nevertheless, the traditional ways of measuring time did persist, soon in a new disguise, merged with the Catholic religious feasts and with the European Julian calendar. Many different forms of accommodations and integrations of the two calendrical traditions took place, both as a merging of the calendars’ design and content and their cosmological and ritual dimensions, and as a pragmatic double use of the two systems (i.e. a notation of the year with both Arabic numbers and native calendar signs). The logo-phonetic calendar signs used in the native 365-day calendar were also adapted to a new and limited use in the colonial setting, and thus evolved in terms of both design and use.

These developments are the topic of this Ph.d. project, which will thus focus on sources that contain calendrical iconography and written contents as well as information on calendrical practices in colonial Central Mexico. Although it might be said that the Spanish invasion marks the beginning of the end of Central Mexican calendar and writing systems, the colonial period does offer new inventions in regard to these systems, and the centuries following can therefore be studied as part of their continued development. The colonial sources may furthermore be of renewed interest in the context of pre-Columbian calendar systems when we view them anew in a diachronic perspective that begins with the earliest examples of Mesoamerican calendar systems in Central Mexico.

Colonial art and iconography in Mexico, Mesoamerican culture and history