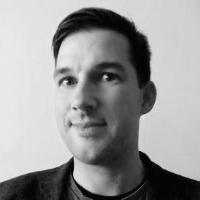 Moritz Kinzel studied architecture and heritage conservation in Berlin at the TFH Berlin and TU Berlin. He holds a PhD in building archaeology from the Technical University Berlin (2011). Since 2011 he lives with his family in Denmark. He has worked on various archaeological projects in the Middle East, e.g. Yemen, Syria, Jordan, and Turkey, but also as an architect in Germany. His building archaeological research is focusing on Near Eastern Neolithic architecture e.g. at Göbekli Tepe in Turkey or Shkārat Msaied in Jordan.

The building archaeology of the early Neolithic architecture at Göbekli Tepe is a subproject of the DFG long-term project, ‘The Prehistoric Societies of Upper Mesopotamia and their Subsistence’ coordinated by the German Archaeological Institute in cooperation with the Şanliurfa Museum. The project aims to assess and complete the existing architectural record to provide the basis for a thorough re- interpretation and publication of the architecture exposed over the last 20 years.

The Shkarat Msaied Neolithic Project conducts archaeological research at a site dating to the 9th millennium B.P. Shkarat Msaied is located in the sandstone mountain area c. 13 km north of Petra, and it consists of a settlement belonging to the Middle Pre-Pottery Neolithic B period (9.200-8.500 B.P.). It was inhabited in a period marked by crucial developments in subsistence strategies as people began to experiment with cultivation of plants and herding of animals. The stone built architecture at the site is well-preserved and shows a series of modifications and rebuilding activities. Despite the presence of permanent structures the settlement was possibly only used seasonally. The semi-arid landscape on which the Shkarat Msaied site is situated was mainly occupied by mobile hunter-gatherer groups, living in circular shaped buildings with a rich and diverse material culture.

To make Danish Near Eastern Neolithic research and the research results of Shkarat Msaied more visible and accessible to a wider (younger) audience the Danish Ministry for Education and Research  and the Danish Institute in Damascus are supporting our initivate to produce a graphic novel and a travelling exhibition based on our research . The graphic sequences will be produced by the Award-winning artist Konrad Nuka Godtfredsen in close cooperation with the excavation team. The storyline was developed and written by Moritz Kinzel together with Bo Dahl Hermansen and Mette Bangsborg Thuesen with input by the relevant experts in the team.

The story will be centred around results from Shkarat Msaied and deals with with the daily life as well as mortuary practices during  the (Pre-Pottery) Neolithic. The graphic sequences by Konrad Nuka Godtfredsen will help to illustrate the results in a very accessible way and will contribute to a wider perception of the Danish contribution to Near eastern Neolithic research. As these graphic sequences are meant to become an integrated part of the final publication of the archaeological project, we see this project as a case study for the future use of graphic novel sequences in archaeological reporting.

Today’s world contains a host of phenomena and situations that constitute threats to objects, sites and practices deemed “heritage” by stakeholders, threats that can also stem from the creation of heritage sites, objects and practices. Yet there is still a dearth of systematic information about this broad palette of threats, which constitutes a gap in our general knowledge and an obstacle to the purposeful activity of governments and institutions at times of crisis evaluation and intervention or post-crisis reconciliation. The Danish, Polish, Romanian, and Italian partners in the Heritage and Threat (HeAT) project aim to address this situation through systematic analysis of threat to heritage in four different localities and situations: Syria and Northern Iraq in crisis; Poland’s memory in times of change and modernisation; Romania and the “knowledge” registers that save or destroy objects, sites and practices; Italy and dams, constructions that inevitably endangers traces of the past. Outcomes will include the production of a sophisticated cross-cultural typology of threats to heritage in the form of practical manuals for use, among others, by governmental organs, global organisations, NGOs and peace-keeping forces, as well as thought-provoking exhibitions to popularise academic findings.