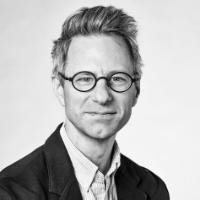 Starting in 2019, I am heading the collective research project Rearticulating Islam: A New Generation of Muslims Religious Leaders, which is financed by the VELUX FOUNDATION.

My own research is currently focused on Muslim religious oratory in Swedish and Danish. I investivate how various preachers represent Islamic tradition, make use of narratives and experiences, and relate to  societal context. Central analytical themes are e.g. religious authority, multimodal discourse, religion and media, and uses of history.

I supervise two PhD students within the Rearticulating Islam project and will be happy to consider other projects that relate to my areas of interest.

I have published research on e.g. the following topics:

At the BA program in the Study of Religion, I teach the introductory course in History of Religions as well as a course with combined focus on Islam's historical development and religion in Denmark. At the MA program in Religious Studies, I teach a course on theories and analytical strategies in the study of religions.

Apart from these recurrent courses, I offer occasional elective courses for undergraduate and graduate students on a variety of topics, for example Representations of Muhammad (2016) and Sufism (2017), and contribute to other educations at the Faculty of Humanities, for example in Migration Studies.

I am education coordinator for the Study of Religion and its representative in the Study Board at the department.