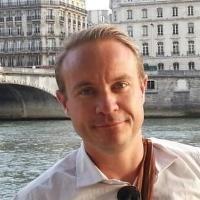 My research has mainly been focusing on refugees and how historical understanding is created in a state of exile. My PhD thesis, which became the book The War in Darfur: Reclaiming Sudanese History (Routledge, 2012) was the result of my years working in refugee camps in Darfur for different NGOs in response to the war there in 2003-4. It deals with how refugees see and perceive the root causes of the war and view possibilities for a return to the villages they fled and what mechanisms of international justice must be in place to put the guilty to justice, according to the Darfurian refugees.

Currently, I am a Post Doctoral Fellow, and co-PI in Viable Futures: Near and Long Term Prospects among Syrian Youth in Jordan at the Department of Cross Cultural and Regional Studies. Together with PI, associate professor Andreas Bandak and Post Doctoral Fellow Birgitte Stampe Holst, we explore how Syrian Refugees in Jordan envision their futures. This is a deeply interesting project for me to part of, as it adds further theoretical depths to my previous work on Sudanese refugees, and “Refugee Studies” more generally. It also builds on my five years living in Jordan working as Regional Advisor and Team Leader for different NGOs.  Methodologically, the project is groundbreaking as the empirical material is collected in cooperation with a local NGO, Turning Tables, and we have gathered very substantial interview material through this fruitful engagement.

Along with my interest in refugee studies, and the predicament of displaced populations, I am interested in “cultural production” in the Arab world as a result of the Arab uprisings from 2011 and onwards. As director of The Danish Institute in Damascus in the first year of the Syrian uprising, I became very interested in how arts and culture work in a revolutionary setting with a particularly interest in literary production. This led me to initiate and oversee the publication of two literary anthologies. “En Ny Dags Klarhed – Young Arab Voices” (New Day Rising – Young Arab Voices) (Forlaget Per Kofod, 2012) is one of the first literary anthologies that deals with The Arab Spring. The sequel Eksil - Nye Arabiske Stemmer (Exile – New Arab Voices) (Screaming Books, 2019) contains stories and poems from refugees, mainly Syrian, and deals with their encounters with the European asylum systems.