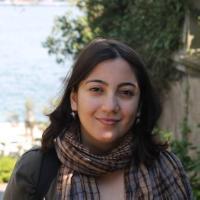 Structure and Change in the Modern Middle East (Spring 2018)

Minorities in the Muslim World (Fall 2018)

Project Title: The Structured Agencies of Paramilitaries in the Kurdish-Turkish Conflict

Description: The ongoing war between the Turkish state and the Kurdish guerrilla organization PKK has transformed Turkey’s mostly Kurdish-populated southeast into a conflict zone and a state of emergency rule has been experienced there between 1987 and 2002. This project is about the involvement of state-led paramilitary units in the conflict.

The main focus of the project is to rethink structure-agency relations in the context of the emergency region and paramilitary groups. While the state of emergency rule in the southeast provided an extra-legal structure, which gave an additional agency to the paramilitaries to facilitate state-sponsored crimes, actors of these crimes were generally recorded as “unknown.” The main motivation behind this project is to reveal the agencies of “unknown actors” through their own words (published memoirs, interviews, confessions) in light of their nationalistic motivations.