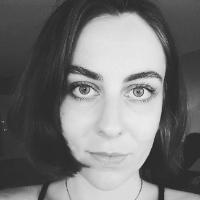 Joanne Dingwall McCafferty graduated with an MSc with Distinction in Collecting and Provenance Studies in an International Context from the University of Glasgow in 2017, after which she worked with the Smithsonian Provenance Research Initiative in Washington DC. Joanne is currently a PhD Fellow at the University of Copenhagen, researching the role of UNESCO in the protection of cultural heritage during armed conflict in Yemen, Syria and Iraq, supervised by Dr Tobias Richter. Between the University of Copenhagen and National Museum of Denmark, Joanne has designed and delivered various courses and workshops on Heritage Protection in Urban Conflicts and, along with the Nordic Center for Cultural Heritage and Armed Conflict, has contributed to meetings at NATO HQ and the Romanian National Commission for UNESCO.

Joanne's PhD research aims to determine UNESCO’s capability to facilitate heritage protection measures pre-conflict, emergency response measures during conflict and reconstruction efforts post-conflict. Current literature has neglected to address how UNESCO’s ability to engage with a country, which is currently experiencing, or has recently experienced, conflict, changes depending on the political standpoints of other Member States, and the consequent effect such standpoints have on UNESCO’s facilitation of remote or on-the-ground heritage safeguarding initiatives. This research ascertains UNESCO’s legal obligations when it comes to facilitating cultural heritage protection in its Member States’ territories in the condition of armed conflict, while drawing comparisons with the reality of the organisation’s presence and involvement in Yemen, Syria and Iraq. This study maps shifts in UNESCO’s level of communication with each country’s respective government and civil authorities; allocation of financial, human and material resources; and implementation of heritage safeguarding and reconstruction initiatives.