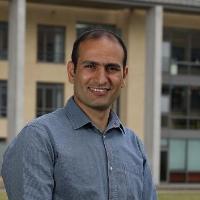 I received a PhD in political communication from Roskilde University in 2018, which focused on media and contentious politics. I also hold an MA in political communication and a BA in media and communication. My research focuses on the political effects of traditional and new media on social movement (specifically in Arab Spring countries). In this area, I am interested in the transformations of collective action, connective action, media power and mediatization of politics.

Within this project, I am specifically working on Tunisian diaspora as a sub-project. In the Tunisian case, I focus on how transnational media might have shaped diaspora’s understanding of, and interaction with, political transformations in post-revolutionary Tunisia. Based on a triangulation of four theories/concepts (diaspora, multimodality, connective action and mediatization), this sub-project aims at developing a model to explain the political importance of media for Tunisian diaspora. This model is to consider the power struggle between media and politics in transitional Tunisia and how political activists in diaspora might contribute to that struggle.