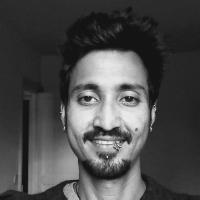 Dr Anuj Misra is a historian and philosopher of mathematics who works on medieval and early modern sources in Islamicate and Sanskrit mathematical astronomy. He currently leads the project Changing Episteme in Early Modern Sanskrit Astronomy (CEEMSA, Grant Agreement № AZ 21/F/21) as a Gerda Henkel Stiftung research fellow hosted by the Centre for the Study of Indian Science (CSIS) at the Department of Cross-Cultural and Regional Studies (CCRS),  University of Copenhagen. Dr Misra has previously been a Marie Skłodowska-Curie Actions Individual Fellow at CCRS where he successfully completed his research project Early Modern Exchanges in Sanskrit Astral Sciences (EMESAS, Grant No. 836055, 2019–2021).

Dr Misra obtained his PhD in Mathematics from the University of Canterbury (New Zealand) in 2016 with his dissertation on geometrical reasoning in Sanskrit astronomy in seventeenth-century Mughal India. His doctoral dissertation won him the 2016 Young Historian of Science Award confered by the Indian National Science Academy. Since graduating, he has been a postdoctoral fellow at the Berlin Center for the History of Knowledge at the Max Planck Institute for the History of Science in Germany (2018–2019) and at the Systèmes de Référence Temps Espace (SYRTE) Laboratory of l'Observatoire de Paris in France (2017–2018). He continues to be affiliated member of several allied research projects including the CNRS-funded Digital Information System for the History of Astral Sciences (DISHAS) project in digital humanities at the SYRTE Laboratory of l'Observatoire de Paris and the History of Astronomical and Mathematical Sciences in India (HAMSI) working group at the School of Mathematics and Statistics, University of Canterbury, New Zealand.

The project Changing Episteme in Early Modern Sanskrit Astronomy (CEEMSA) is a Gerda Henkel Stiftung funded research project (Jan 2022–Dec 2023, 24 months, Grant Agreement № AZ 21/F/21) that evaluates the reception of Islamicate (Arabic and Persian) astronomical theories from the Marāgha and Samarqand schools in Sanskrit astronomy of early modern Mughal India. The aim of this project is twofold: to understand the language, logic, and structure of some of the earliest arguments in Sanskrit that appropriate, assimilate, or approximate Islamicate astronomy; and to understand the sociocultural, geopolitical, and historical forces that influenced the epistemic standards of the societies where these arguments were made.

Under the rule of Mughal emperors (1526–1857), Sanskrit astronomy truly begins to engage with the astronomical theories from the Marāgha and Samarqand schools of Islamicate astral sciences. The complex discourses that followed were shaped by the power struggles of language, culture, and identity as medieval Islamicate astronomy was now cast into the language of Sanskrit. At the court of Emperor Shāh Jahān (r. 1628–58), the Hindu Pandit Nityānanda Miśra (fl. 1630/50) worked alongside the Muslim scholar Mullā Farīd (d. ca. 1629/32) to translate into Sanskrit the latter’s Indo-Persian zīj (a handbook of astronomical tables), the Zīj-i Shāh Jahānī (ca. 1629/30), itself based upon Mirzā Ulugh Beg’s zīj, the Zij-i Jadīd-i Sulṭānī (ca. 1438/39). Nityānanda’s Siddhāntasindhu (ca. early 1630s), like the Zīj-i Shāh Jahānī, is an enormous work that includes theoretical discussions on hermeneutics, logic, metaphysics, mathematics, and astronomy, along with a large number of astronomical, calendrical, and geographical tables. It remains the largest (and among the earliest) Sanskritic presentation of Islamicate astronomy known to us; however, neither the Persian nor the Sanskrit text has ever been edited, translated, or studied in its entirety.

Recent publications with the project Early Modern Exchanges in Sanskrit Astral Sciences (EMESAS, Marie Skłodowska-Curie Grant № 836055, 2019–21) have examined parts of Mullā Farīd’s Zīj-i Shāh Jahānī and Nityānanda’s Siddhāntasindhu preliminarily. The findings of the project EMESAS has revealed some of the philological, philosophical, and mathematical processes by which Islamicate astronomy was brought into the world of Sanskrit intellectual discourse.

With the Sarvasiddhāntarāja (1639), a later adaptation of his Siddhāntasindhu, Nityānanda reformulated his ideas in the metrical language of a traditional Sanskrit canon (siddhānta). The transformation of Islamicate astronomy to suit the linguistic and ontological paradigms of traditional Sanskrit science makes the Sarvasiddhāntarāja a unique experiment in syncretic epistemology where mathematics, mythology, and modernity contend and cooperate simultaneously. The EMESAS project has brought out some of the conceptual kinetics that shaped Nityānanda’s Sarvasiddhāntarāja, and in doing so, has laid the foundation for the larger project into the Changing Episteme in Early Modern Sanskrit Astronomy.