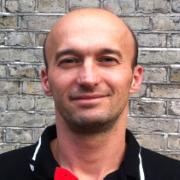 My work centers on political and economic anthropology with a regional specialization in South Asia and in particular Sri Lanka and Nepal. I have worked within the fields of refugee studies, political activism, revolutionary movements and am currently involved in a project on the social economy of debt in capitalist industries in Kathmandu. At ToRS, I am part of the Global South Asian research and study programme.

One is an extension of my PhD project that looks into 21st century Maoism in South Asia and its transformations from a rural to an urban movement in Nepal. I am interested in convergences between capitalist restructuring of labor forms, and the formation of an urban precariat through its participation in regional democratization processes.

Second is a project for which I received 2 year funding from the Danish Research Council in late 2014, looks at the social power of monetary debts among precariat laborers in Kathmandu. Through an examination of how credit ciruclates in contexts of insecure employment the aim is to look at the kind of alliances, or solidarities, that both vertical and horizontal debt relations generate for the urban working poor.

Third is an examination of deepening precarisation in welfare economies with a focus on Denmark. This engagement will result in a book publication in 2018 together with Julie Rahbæk Møller and Karen Lisa Salamon examining a wide range of precarious labor in Denmark. I am also engaged in analyses of the peculiarity of academic precarity in relation to the expanding group of non-tenured postdocs.