Reclaiming the oasis. The localization of customs in Xinjiang (1985‒2015)

This project addresses discourses of custom in scholarly publications and popular culture in contemporary Xinjiang in order to comprehend the role of both discursive and performative practices in the production of Uyghur identity.

The point of departure is the observation that Uyghur academic and popular publications in ethnography and folklore through the 1990s and early 2000s tended to emphasize the homogeneity of Uyghur culture. Around 2010 this intellectual discourse shifted and a number of books appeared emphasizing cultural differences between the oases. Within the state-defined framework, Uyghur literati and artists negotiate their own and their group's position by creatively employing narratives of cultural heterogeneity and homogeneity.

Methodologically the project focuses primarily on works dealing with Uyghur customs but it also pays attention to other forms of cultural production (films and TV dramas, comedy sketches). Analyses of this material will be enriched through interviews with local ethnographers as well as participant observation in selected oases to gauge shifts in strategies of boundary drawing as well as actual differences and changes in custom on the ground. 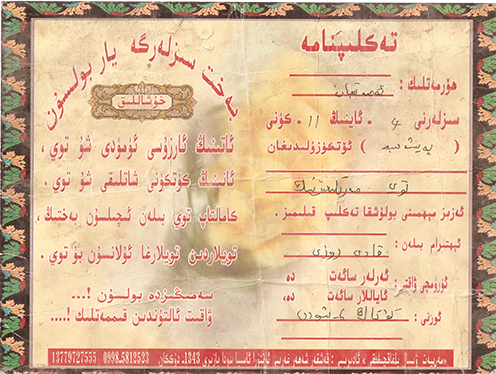